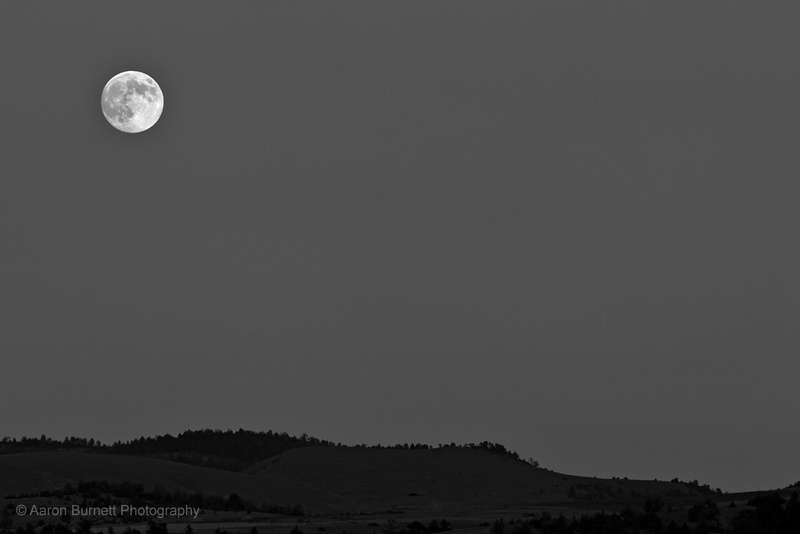 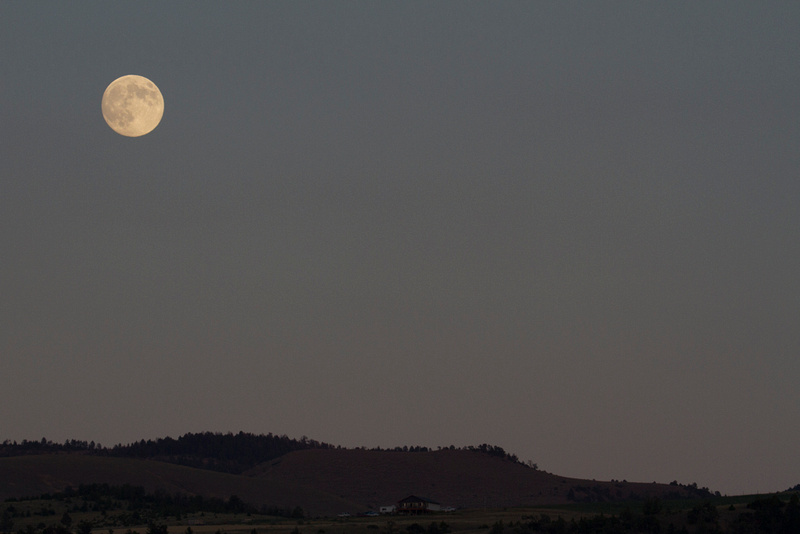 Not to open up the debate of whether an image is "legit" or not based on the photographer's use of Photoshop (or whatever editing software), I wanted to talk a bit about the image that I had posted Monday on my Facebook page.

When I was looking at the moon and sky along with the hills in the frame, I knew right away that color was not the way to go long before I pressed the shutter. I shoot in RAW format which doesn't allow you to take a photo in black and white, but most digital cameras will allow you to shoot both RAW and JPEG at the same time, so the RAW image has all the color information and the JPEG comes out in black and white. Pretty spiffy, I think.

I used the black and white JPEG as a guideline or model for how I wanted the finished product to look. A RAW file allows you to do infinitely more adjustments to the image than possible with a JPEG. The bottom image is how it came straight from the camera while the top image was the post-production version that I posted. As you can see, I evened out the light in the sky, brought a lot of definition out in the moon, and sharpened up the hills a bit while still retaining some light in the foreground of the hills. I also removed the house and cars on bricks in the bottom middle. I didn't really see those until I got the image on my computer!

So, here's a case where a color image was pretty heavily edited to make a monochrome image the way I envisioned it before I took the photo. Knowing how you would like to see the finished product turn out before you take the image and having it turn out like you envisioned is pretty cool. Some people look down their noses at such editing.

Another style of editing I (and many, many photographers) do to my work is to accurately reflect exactly what I saw at the moment of the shot. A camera can only accurately capture what you see up to a certain point and the image will need some help to look as close as possible to what you saw.

Those are primarily the two reasons I edit my photos (aside from cropping and other basic stuff) and I'm very much okay with those reasons and the results. No amount of editing will turn a crap photo into a good photo. In the above case, I think the editing took a not bad photo with lots of potential and turned it into a passable work at least. I'm always learning and looking for ways to improve my skills.