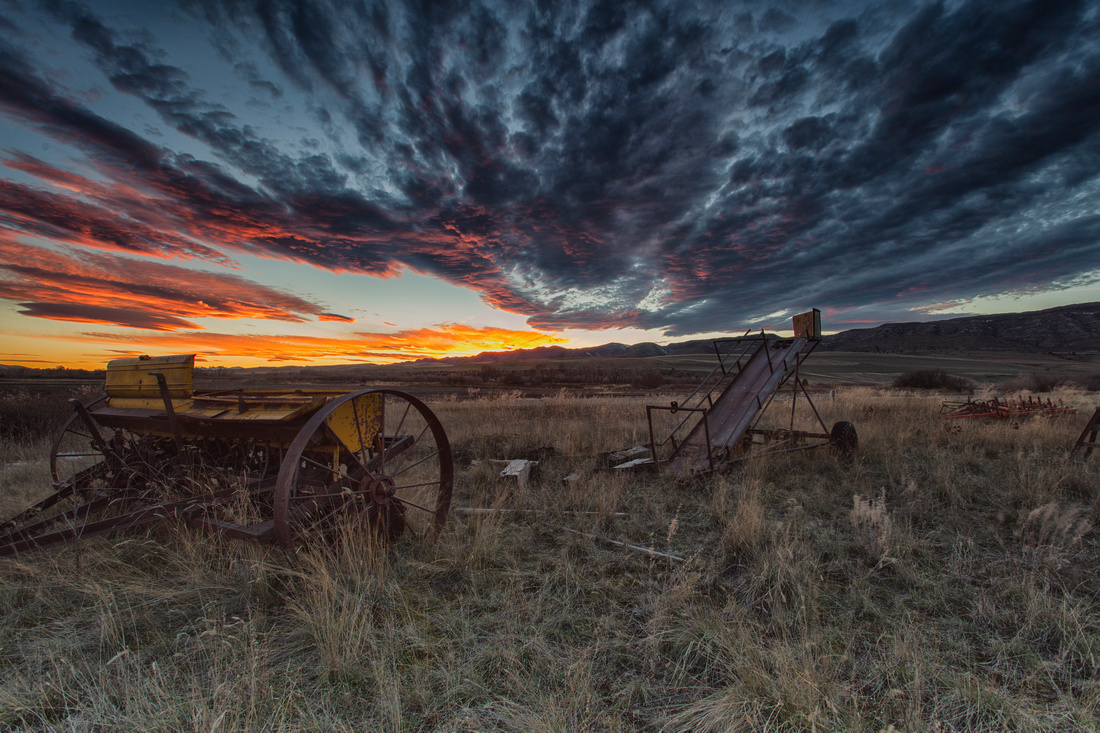 Montana is loaded with abandoned things. Homes, equipment, cars, trucks... you name it. If you live in the middle of nowhere like I do, there's not much you can do with old farming gear other than letting the elements eventually reclaim it.

The early homesteaders that took advantage of the Homestead Act of 1862 faced a pretty harsh environment. Some stayed and flourished, some just packed up and left everything behind. The gold rush in the late 1800s and early 1900s built towns in the middle of nowhere that at one time were bustling communities. As the gold dried up, the towns were deserted. Many of those towns or remnants of them, still stand today.

Unlike major metropolitan areas that systematically get torn down and rebuilt, thus hiding the history to all but the historians, Montana is like an open book. One where the stories are right out in the open for you to read.