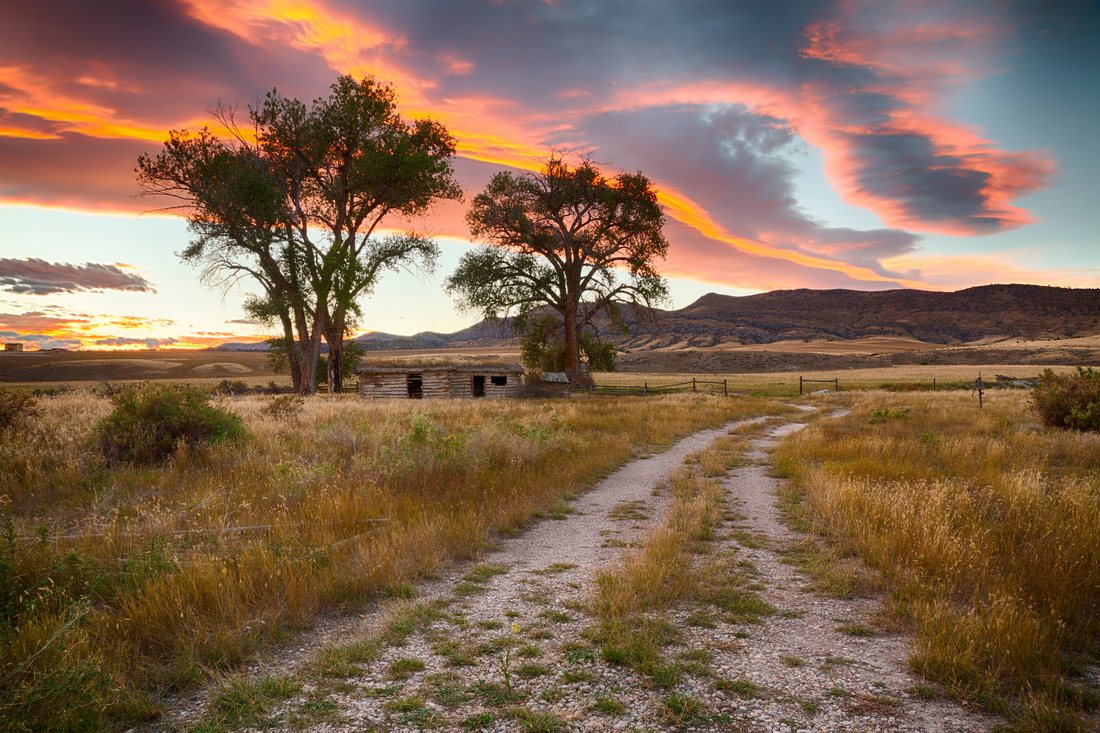 Sunset at the Parker Homestead

I chase sunsets. Some photographers chase sunrises, some do both. It's an all or nothing venture, and you never really know what is going to happen until it does or doesn't present a brief moment for a photograph.

I went out Saturday at about 4:00 PM in the hopes of finding some nice snow-capped mountains that would reflect the setting sun. I drove two hours west, the clouds thickened, the potential for a colorful sunset diminished. I stopped to photograph some deer, convinced myself it was just nice to get out and at least see that, and headed home.

Passing by this homestead which I have photographed several times, I decided to stop as there were some breaks in the clouds. I took a few hand-held shots about 15 minutes before this image but it wasn't looking promising but decided to wait it out a bit and set up my gear just in case.

The sun dropped below the horizon and I waited and paced back and forth along the barbed wire fence. And as if there was a big switch somewhere, the next time I looked I was presented with this shot. I was grinning the rest of the way home.

I don't know many things about sunsets, but I have learned to wait until you can't see anything in front of you before you pack it up for the day.